Design for Both Capacity and Coverage

By correctly utilizing both the 2.4 and 5 GHz bands, we can:

2.4 GHz has three non-overlapping channels to work with, while 5 GHz has 24. We don't always get to use all of the 5 GHz channels, but overall it offers a lot more space.

Many of us are familiar with an ethernet cable, which has multiple twisted pairs of copper wires in one cable. This allows for bi-directional or full-duplex communication. Network devices on either end of the cable can talk at the same time, much like a two-lane highway.

Only One Device at a Time

WiFi is half-duplex, which means that on any channel, only one device can talk at a time. If two devices try to talk at the same time, they would interrupt each other. WiFi is more like a one-lane highway; traffic can only flow in one direction at a time.

Since WiFi is half-duplex, only one WiFi device can transmit on a channel at a time. The more WiFi devices we add to a channel, the more we reduce opportunities for each device to talk. This is known as co-channel interference.

Since only one device can talk on a channel at a time, we need to limit the amount of devices on each channel. By ensuring our channel isn't too crowded, we can reduce co-channel interference. 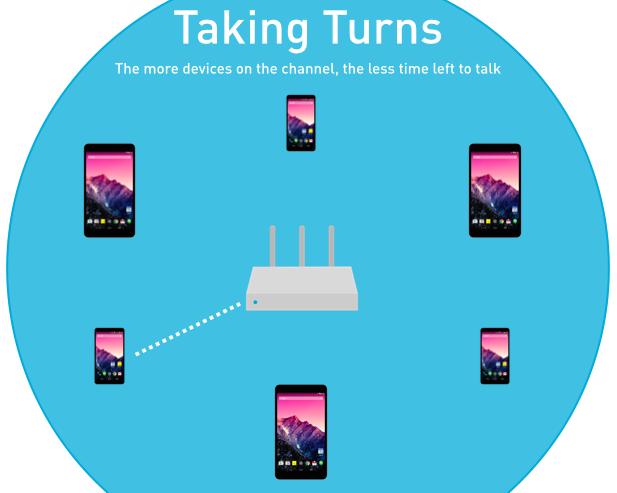 Devices transmit data at different data rates depending on how new they are (N devices can talk faster than B devices, for example), how close they are to the access point, and how noisy the RF environment is.

Slow devices take longer the transmit the same amount of data. We need to keep our data rates fast to force clients to talk faster and save time, which also reduces co-channel interference. 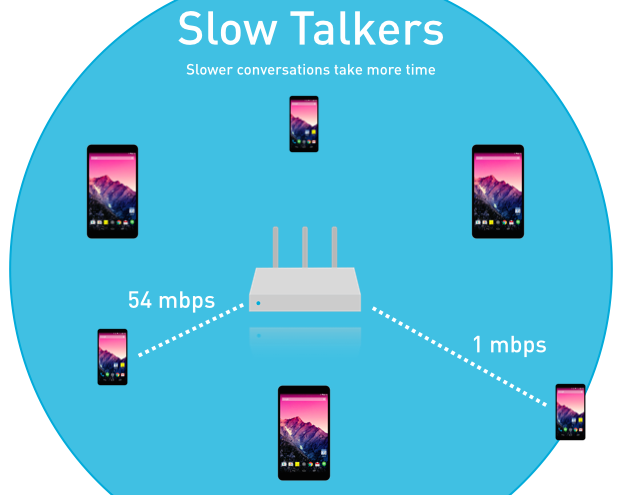 We can reduce co-channel interference by:

To minimize co-channel interference, same-channel access points will be placed as far away from each other as possible. This divides the coverage area into smaller cells. Each small cell has only a few clients, and same-channel cells won't have to take turns with other cells. 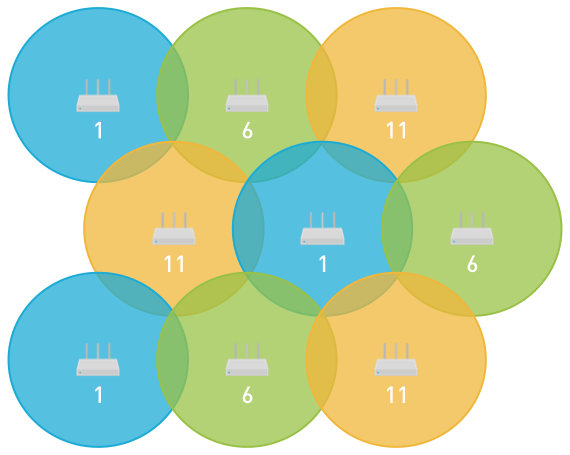 Same-channel cells are as far away from each other as possible.

In the 5 GHz band, no 20 MHz channels partially overlap. In addition to this, there are 24 non-overlapping channels to work with, so making sure no same-channel cells touch is much easier. 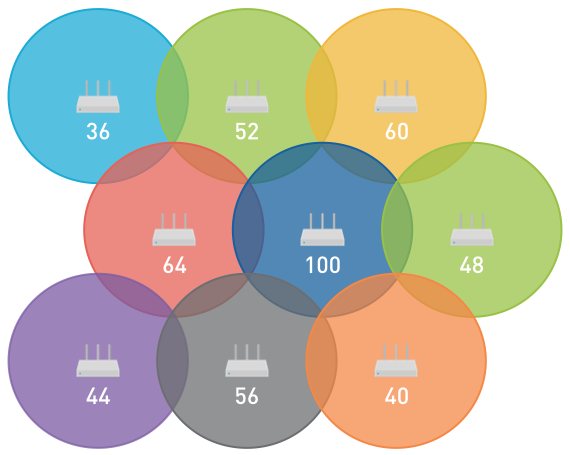 With 24 non-overlapping channels to choose from, it is much easier to keep same-channel cells touching.

Designing and maintaining a dual-band wireless network requires a good toolset. Fortunately, there are many different types of tools from which you can choose.

A Site Survey tool allows you to upload a floor plan of a building, and walk through the building to perform a survey. The result is a map of coverage or "heatmap," allowing you to view network coverage and cell overlap. Site survey tools are generally used for post-installation network validation.

A Virtual Site Planning Tool (usually built into a site survey tool) allows you to draw wall types on a floor plan image and place virtual access points. The tool will then calculate approximate coverage in the building. Site planning tools are used for network planning, before the hardware is deployed. 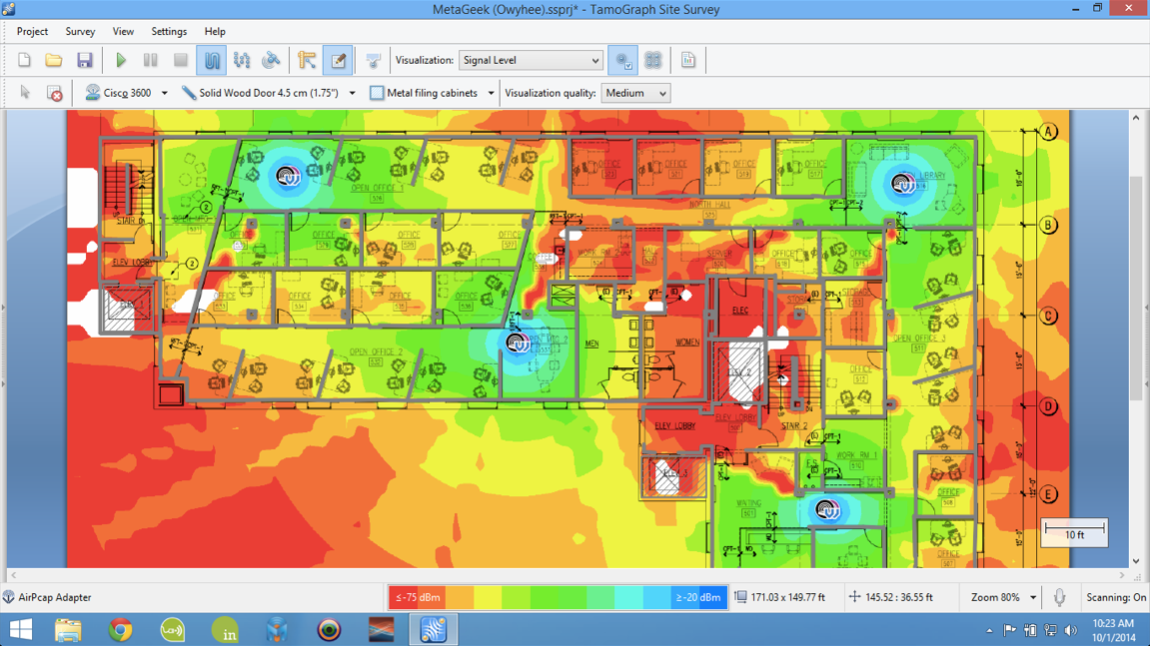 A spectrum analyzer, like Wi-Spy, is a special piece of hardware that can visualize raw radio frequency activity. While commonly used to detect non-WiFi devices that might cause interference, a spectrum analyzer is also great for viewing channel utilization to see how busy a channel is. 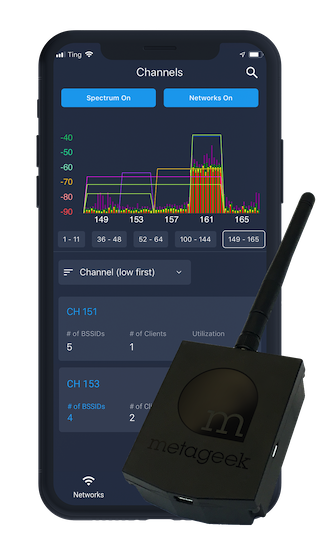